Mass media consumption has changed the way one perceived the world. There is no denying the fact that one certainly gets influenced by the surroundings. Not only is it an unbreakable cycle as literature is created by being influenced by reality, and the people get influenced by the philosophical content of the literature, or should we say the tv series or movies. However, there was a sudden shift in the consumption of the pop-cultural output and we have the global pandemic and sessions of lockdowns to thank for it. According to Conviva, which is a real-time intelligence platform for optimized streaming media, the time spent using the popular streaming services has dramatically increased by 63% described in relation to 2019.

As the world is getting smaller, the aspects in the digital world are getting larger. There is so much to explore, there is so much to unearth to satisfy one’s curiosity. Just as Hegel said, it is the surrounding that creates a human being because a person is nothing but a culmination of his thoughts.

In this modern era, the feeding of series, movies, literature, or any form of pop-culture phenomena are the main reason that influences people’s behavior, attitude, and the power of perceiving. But how much is it impactful? That is what we are going to establish today.

The collection of psychological inferences:

Like we said before, that it is the surrounding that influences the series or any piece of literature to be made, and in a cyclical way, it influences and enriches the mind of the masses. The power that the pieces of shows that are now being produced, influences our psychological and spiritual being, inspiring us to change for the better.

Like the shows that we watch, the music that we hear, the movies that we desire to see, are all interlinked with our psyche. Though it might seem like a tough thing to digest, bear with us for a moment as we have the relevant information to substantiate our claim.

According to Dr. Deborah Perez, who is the Clinical Psychologist and PsyD from Sao Paulo’s State University, the TV series and films are responsible for shaping our whole personality. She claims “Human beings become who they are by interacting with the world,”.

She further adds, “Doing things, producing things, consuming things, relating to other people. In this sense, there is a direct influence of media products on our subjectivity.” It is exactly the reason why one thinks of changing themselves after seeing a tragic character take the fall, it is why we tend to mimic the characteristics of those round-shaped characters who are morally and ethically imbued.

She further claims “Imitation occurs naturally because the human being is a gregarious species, that means that we are naturally sociable and we need other people to look at us, to identify what is and isn’t similar in them. TV shows and films work as an anchor for self-knowledge.”But is it the case though? Are the masses as a viewer able to incorporate those fictional changes into their own being? Let’s analyze those point by point.

The case study: The crown and The Queen’s Gambit

Recently released, the Queen’s Gambit, which stars Anya Taylor Joy portraying the role of Beth, Harmon, 1950’s chess prodigy who was fighting tooth and nail to win the World Chess Championship that was predominantly Russia dominated, deconstructs a series of complex ideas that are amalgamated into one plot.

Not only is it depicts a feminist character, the political process of her being that was grinding down in the patriarchal society, but the undoubtedly glamourous plot showcasing the less talked about sport, woven with a plethora of emotion made this series the most-watched phenomena in 28 days.

It was ranked among Netflix’s most-watched miniseries, streamed in more than 62 million homes, which also caused the spike in search results of Google for the word ‘chess’ to 88%. Not only The Queen’s Gambit but the show made on Queen Elizabeth’s life took a turn in the TV show which changed the way mass sees the royal family.

The Crown, which was released in 2026, has showcased the itty bitty secrets of the Palace. The trendsetter show piqued the fashion interest of the masses as the search for the blue suit, bow collar and turtleneck took a raise 1000%, 2900%, and 7000% respectively.

Not only that but Queen Elizabeth and Princess Diana were most searched on google after the recent release of the latest season. The portrayal of the most controversial family in British changed the way the Brits saw them as 35% of the people see them a little better or much better’ while 34% of the audience now empathize with Prince Charles.

The narrative that would influence people, create an impactful effect on them is the reason why series with similar narratives, that are philosophically rich and psychologically enticing, are made. This progression helps people to guide society. 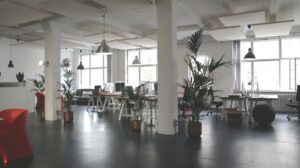 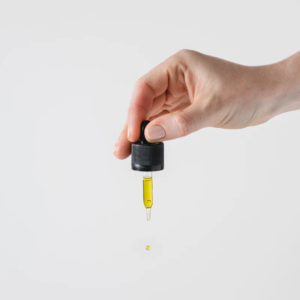 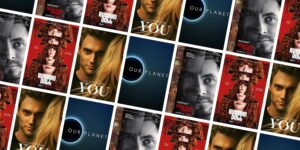