If you’ve only been keeping half an eye on the way that big movies have performed at the box office so far in 2019, you probably imagine that everyone in Hollywood is currently very pleased with themselves. The massively-hyped and hugely-anticipated ‘Avengers: Endgame’ has broken almost every box-office record in sight, and is now almost within range of knocking ‘Avatar’ off the number one spot for the highest-grossing movie of all time, after all. At the time of writing, the loosely-connected ‘Spider-Man: Far From Home’ is selling out all over the world and bringing in huge money, too. Aside from the really big hitters, though, 2019 has so far seen a lot of big money swings and misses from major studios, and that could have negative consequences for all cinema-goers in years to come.

So much attention has been paid to the year’s major superhero movies that not enough people have been focusing on what’s been going on below the headline slots, where everybody – including some of the less-heralded superhero films – has been performing below expectations. Hollywood is having such a bad year, in fact, that the share prices of some of the largest movie production companies in the world have taken a hit. That hit is only going to worsen for as long as films fail to generate the revenue that’s expected of them – and right now, there’s no sign of anything on the horizon that’s going to break the trend.

As a whole, cinemas have taken in 10% less in the first six months of 2019 than they did in the first six months of 2018. Having one or two runaway blockbuster hits isn’t propping up a soft market. The cumulative impact of the new ‘Men In Black’ and ‘Godzilla’ films failing to find an audience hasn’t helped matters, and the dire performance of the final X-Men movie ‘Dark Phoenix’ left a hole, too. There are even suggestions that the new live-action ‘Lion King’ movie from Disney may be a disappointment, and if that’s the case, then it suggests bad news for the other revamped Disney films which will soon be hitting our screens.

Why Is It Happening?

As is always the case when something seems to change about the movie-viewing habits of the general public, opinion columns everywhere are full of ideas about why there’s been a downturn, and what can be done about it. We’ve heard a number of theories, and one of the most-parroted lines is that the public has simply grown tired of superhero films. While it’s true that there have probably been too many of them released every year for the past decade now, the success of ‘Avengers’ suggests that people are still willing to come out and see them so long as they’re good. People might be tired of bad superhero films, but that’s more of an issue of quality than of genre.

Another explanation might be that people are getting a better experience at home than they are when they’re going to the cinema. Large televisions have never been cheaper to buy than they are now, and nor has the range of home entertainment options been more extensive. Netflix and Amazon have invested heavily in their exclusive box set content, and given people a reason to stay at home and watch a well-made TV series instead of going out to see a movie. We’ve had ‘Game of Thrones’ and ‘Stranger Things’ already this year, and the final season of ‘Vikings’ on the way. People can see all of these great shows for the same price – or less – than they would spend on going to the cinema.

The price of films in general may also be an issue. Cinema prices have been creeping up above the rate of inflation for many years now, and in a lot of locations, they’re now approaching the point where they no longer represent good value for money. When you factor in the cost of drinks and popcorn or hot dogs, a night out at the cinema for a couple can easily come in at more than $50. You’d expect a reasonable meal at a restaurant for that price. Why pay $50 to sit in a room full of a hundred irritating, coughing people who keep checking their mobile phones when you could just sit on your couch with no distractions, and order a takeaway?

Whether it’s the price, the entertainment on offer, or something else, cinemas and movie production companies need to find a solution quickly. At the start of this article we said that a badly-performing movie industry isn’t a good thing for people who love movies, and here’s why.

When movie companies find themselves making significantly less money than they expected to, their instinctive reaction is to retreat onto safer ground. That means they’re less likely to invest their money on risky movies that aren’t guaranteed to succeed. In trying times, they’ll only back that which they know will sell. That means generic films designed to appeal to mass audiences, and fewer films for those with more niche or refined tastes.

When there’s plenty of money to go around, studios have the bankroll to consider a film that they wouldn’t normally consider financing, and take a gamble on it. They can treat scripts like online slots, putting money into them and taking the hit if the jackpot doesn’t pay out the first time around. You live a blessed life if you make an instant win on a mobile casino website such as AmigoSlots.com; anyone who has the hobby will tell you that patience is key, and that most slots pay out over time rather than immediately. If you have enough bankroll, you can stay with a slot until you start to win money back from it. If you don’t, you’re at risk of running dry before the slot pays out anything at all. In those circumstances, if you needed a win you’d only play slots which you knew had a high likelihood of making you a quick return. In the movie business, that means betting money on cliched formats and routine scripts that don’t push the boundaries. It also means backing established writers and producers, with new talent struggling to get the green light.

None of us want to see the movie business turn into a closed shop or a stale space. It’s to be hoped that whatever ails the world of cinema this summer is quickly remedied. 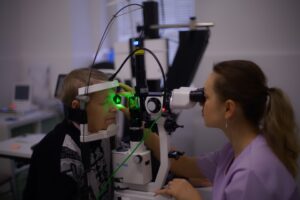 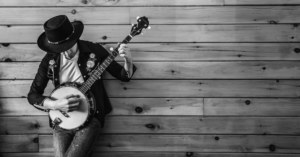 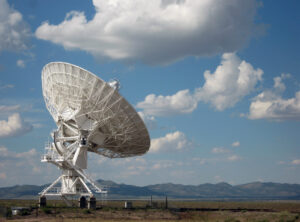 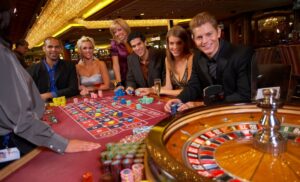 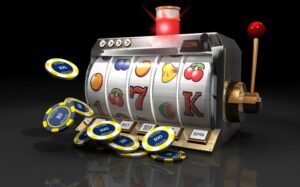